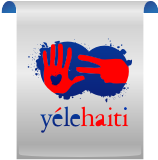 NEW YORK—January 10, 2011—It was just one year ago when the devastating earthquake of January 12, 2010 struck Haiti claiming the lives of more than 250,000 people and leaving another 1.5 million homeless. The Yéle Haiti Foundation and its founding ambassador Wyclef Jean, in a series of national and international radio public service announcements, are inviting the world to join them in a commemorative moment of silence at 4:53 pm EST on January 12th (the one-year anniversary) to pay tribute to the victims of last year's disaster and to signal a collective renewed hope for Haiti.

“We are anticipating that millions of folks in Haiti, and millions more from all around the world will join in the moment of silence on January 12th, to remember those who tragically became victims of the quake; to pray for those still struggling for the most basic of life's necessities; and to signal our collective determination for a new tomorrow in Haiti,” said Derek Johnson CEO of Yéle Haiti.

Yéle Haiti continues to work on emergency relief efforts in Haiti, as well as long-term rebuilding initiatives aimed at aiding the countries most challenged communities. Yéle Haiti also continues to provide vital support with daily supplies of water and food to
communities hardest hiy by the earthquake. Working alongside community leaders in 30 tent camps across the country, Yéle Haiti understands the immediate needs of the people and strives in partnership with the communities to get those needs met.

SOAP ARRIVES AND PREPARATIONS MADE FOR TENT-TO-TENT DISTRIBUTION TO...

YÉLE HAITI JOINS FORCES WITH PARTNERS IN HEALTH TO FIGHT THE CHOLER...

YÉLE HAITI HELPS TO REBUILD HAITI, AS THE SIX-MONTH ANNIVERSARY OF ...