During a workshop organized by the National Council of Telecommunications (CONATEL), at the Celebration of World Day of Telecommunications and Information Society which was held yesterday, Jean Jonasse Elysée the Director of CONATEL declared "We have all the services available in Haiti, although they are not evenly distributed across the country [...] The…

Seriously damaged by the earthquake of January 2010, Tele Haiti had to suspend its operations. The cable network, announced the early resumption of its operations in the metropolitan area of ​​Port-au-Prince and their launch across the country. A good news for customers, although the date remains to be confirmed.

The company [51 years in Haiti] that leaves the… Continue

The Inter-American Development Bank (IDB) approved a $35 million grant to support Haiti's efforts to modernize its energy sector and improve the financial and operational management of the state power company, Electricité d'Haïti (EDH).

The new, fast-disbursing grant is the first of three policy-based operations the IDB expects to make over three years to help…

Haiti - Reconstruction : Port de Paix, DINEPA announces that 95% of the works are completed

The National Directorate of Water Supply and Sanitation puts the finishing touches to the work of Rehabilitation and Extension of Potable Water Supply Systems of Port de Paix in Northwest Department. To date, 95% of work has already been executed.

Hosted by the Episcopal University… Continue

The President Michel Martelly, accompanied by the First Lady and two of his advisers Laurent Lamothe and Michèle Oriol, yesterday attended the inauguration of the Model Project of the Ecole Nouvelle Zoranje at the Village Renaissance Orangers in the municipality of Croix-des-Bouquets.

Funded by Mr. Jonathan Jackson, the project is the work of the American… Continue

The second popular conference of the Haitian diaspora of Montreal on the reconstruction of Haiti finished this Saturday, May 7 by the adoption of a pilot project to build an agricultural village of fewer than 20,000 inhabitants.

"It is necessary to have the involvement of groups from here, but also an active participation of community organizations in Haiti.… Continue

The Clinton Bush Haiti Fund announced yesterday that it would invest $2 million to complete construction on a major hotel project in Haiti that was abruptly halted following the devastating 2010 earthquake. The 130-room Oasis Hotel was fully funded and construction was well underway prior to the quake. While the building itself remains structurally sound, work on the… Continue

As part of his efforts to achieve education projects and economic development, the President elected Michel Martelly, accompanied by Messrs George Mérisier, Education adviser and Wilson Laleau, Economic Adviser, will travel to Ouanaminthe and Limonade, this Tuesday, May 10, 2011. The President Martelly will visit the factories of the Compagnie de Développement Industrielle… Continue

Six trailers containing modular photovoltaic generating systems are about to be shipped from Long Island, N.Y., to Haiti. These solar arrays are the product of an IEEE (Institute of Electrical and Electronics Engineers) humanitarian initiative, in which volunteer work by a handful of dedicated and visionary engineers has been key.

Each village unit of the… Continue

Jean Yves Jason, the Mayor of Port-au-Prince, displays its determination to launch major reconstruction projects in the capital. The residential neighborhood of Carrefour-feuille (which also concerns Bel Air and Saint Martin) was among his priorities. The mayor of Port-au-Prince has designed for this purpose, an ambitious housing project in the scheme of territorial… Continue

On Thursday an agreement between the Indigo Mountain Haïti S.A. represented by the Indian industrial Yatin Shelar and Guy Lamothe Director General of the Société Nationale des Parcs Industriels (SONAPI), was signed.

Mr Shelar has 23 years experience in the garment industry, he has invested in many countries including Indonesia, the United States and India, he is… Continue 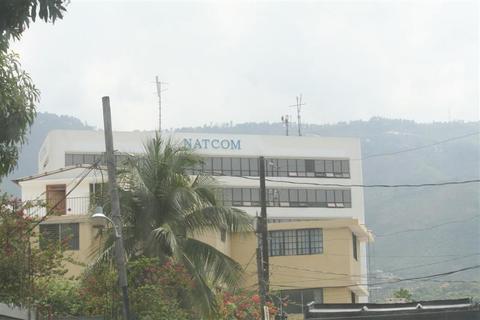 Leogane, Haiti--On April 29th, 2010, the Vietnamese Telecom (Viettel) officially became the majority owner of the Haitian national telecommunication company (TELECO). Viettel is a state-owned company. The transaction took place in Port-au-prince under the leadership of Viettel representatives and the governor of the…

Haiti - Reconstruction : The ONA will invest $ 1.5 million in the Oasis Hotel Complex

The Office National d'Assurance vieillesse (ONA) that collects funds to ensure the retirement of workers and employees of private and public sectors, will invest $1.5 million in the construction of the OASIS hotel complex of group SCIOP S.A., ownership of Haitian investors alongside foreign partners, whose activities are devoted to the reconstruction of Haiti.…

The earthquake that struck us last year has crippled our economy and our infrastructures, the country must now look to potential investment from the international private sector.

The Inter-American Development Bank (IDB) estimates that the damage caused by this disaster can be estimated at twice the value of the country's annual economy. Haiti produced only… Continue

The Interim Haiti Recovery Commission (IHRC) Co-Chairs and Board held a productive meeting in the Haitian capital on Monday, approving a slate of new reconstruction projects valued at US $255 million.